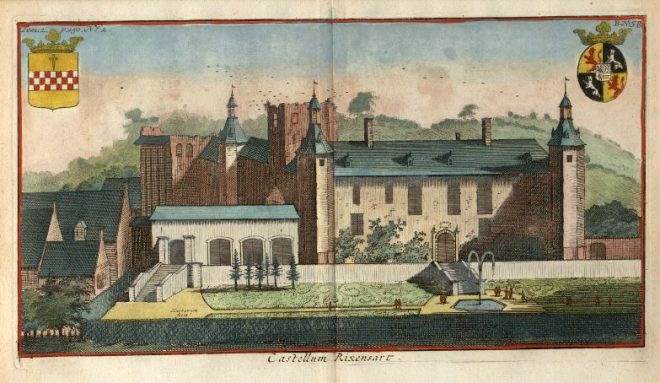 The seigneury of Rixensart, mentioned as early as 1217, belonged to the Limal lineage. Like many feudal lords in the Middle Ages, the lords of Limal cleared a part of the forest at the edge of their fiefdom to build a fortified tower which took the name of Rixensart.

The prerogatives attached to the seigneury of Rixensart under the Dukes of Brabant were numerous: administration of justice, appointment of a bailiff who was also a collector, an alderman and a sergeant.

In 1536, the Croÿ family bought the estate, which fell to Jean-Charles de Gavre, Count of Frésin (°1564 †1629) by marriage in 1586. He enlarged the tower by extending it with a building, currently the north wing of the quadrangle, completed in 1631 according to the date mentioned on the said façade. His daughter Françoise Conradine married on 2 April 1646 Philippe Hippolyte Spinola (°1612 †1670), Count of Bruay, General of the Armies of the King of Spain, Charles II. He was governor of Namur and defended Lille in 1667 on behalf of the King of Spain against Louis XIV, who greeted him after his defeat with these words: “Sir, I am sorry for your misfortune, because you are a gallant man, who had done your duty for the service of your master, and I esteem you all the more.”

It is to the Spinola household that we owe this elegant complex, classified as an “Exceptional Monument of Wallonia” and whose silhouette, set on a hillock, is so harmoniously integrated into its landscape, often described as the Brabant Ardennes. He had the west wing built in 1648, the east wing in 1660 and the south wing in 1662, completing the current quadrilateral around an inner courtyard that evokes the cloister of a monastery, harmoniously blending the influence of the Spanish Renaissance and Baroque elements with the classical Brabant style of the 17th century.

In 1678, the old part of Rixensart Castle, with its 12th century fortified tower, was partly burnt down by the French troops of Louis XIV. The medieval tower was not restored. In its place stands the church of St. Croix, whose chevet rests on a portion of the old foundations. This church, formerly a private chapel, became a parish church in 1802. Following a fire it was rebuilt in 1937, in neo-traditional style. According to legend, it owes its name to a relic of the Holy Cross, brought back from the crusades by Henry of Limal and incorporated into the stone of the altar.

In 1712, Philippe-Hippolyte Spinola’s daughter-in-law, Countess Albertine von Salm (°1660 †1715), who had been widowed in 1709, lost her only son Cosme Hyacinthe, who was killed during the siege of Douai in 1712. She inherited the latter and on 11 August 1714, by will, gave the former seigneuries of Rixensart, Genval and Bourgeois to her niece Marie Nicolassine de Merode Montfort (°1698 †1787), daughter of her sister Claire-Eléonore von Salm and of Maximilien de Merode Montfort.

Since that day, the Merode family has presided over the destiny of this jewel and has tried to ensure that it survives the centuries by responding as well as possible to the challenges of each successive era, convinced that such a historical and cultural heritage is a “present” of the past whose future is ensured by preserving the richness of its history and its environment. 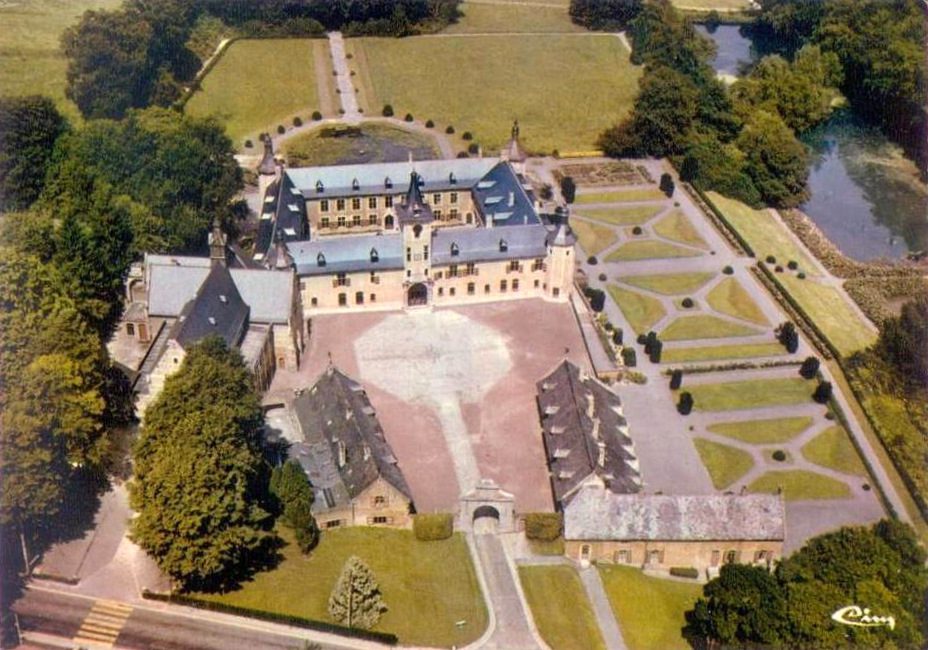 Personalities who have lived or stayed at the castle 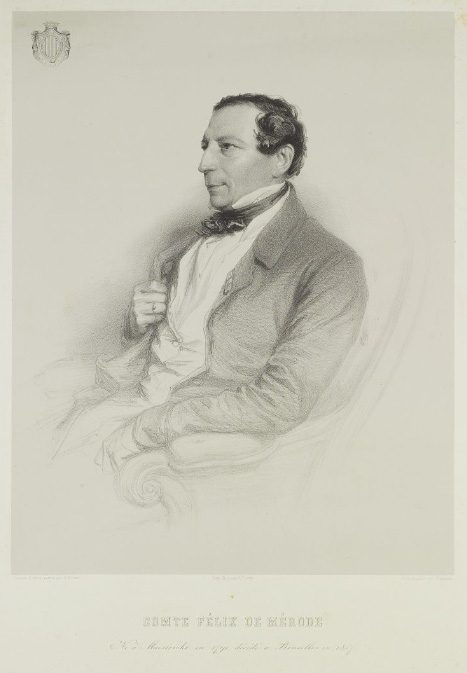 The castle of Rixensart has known some notable inhabitants. In addition to Felix de Merode, the architect of Belgian independence, and his son Xavier, founder of the Pontifical Zouaves and Archbishop of Melitene, Charles de Montalembert, who married their daughter or sister, Anne de Merode, also stayed here. Here is a brief overview of the lives of these three personalities:

Felix de Merode (°1791- †1857) – inherited Rixensart from his father. His life was to be very busy with his political commitment at the time of the Belgian revolution. He was part of the group of notables who, from 26 August 1830, tried to manage the revolution. Following the events of September, he first took refuge in Rixensart. Returning to Brussels on 26 September, he became head of the provisional government but refused the offer to rule Belgium. He is co-author and co-signatory of the Belgian Constitution. He was part of the Belgian delegation that went to London to sound out the intentions of Prince Leopold of Saxe-Coburg, the future King of the Belgians.

When he died, a national funeral was held and his remains were brought back from Brussels, where they received an emotional and unanimous tribute from the population of Rixensart. Baron Nothomb said of him in an address to the parliament in his memory: “When a Merode dies, Belgium bleeds“.

Bishop Xavier de Merode, son of Félix de Merode, was initially attracted to a career in arms. After graduating from the Royal Military School of Belgium, he took part in the Algerian campaign under the orders of General de Lamoricière and received the Legion of Honour.

In 1847, he resigned and enrolled in the Roman College to become a priest. When the revolutionaries entered Rome forcing Pope Pius IX to flee, he stayed in Rome and worked to help the wounded. Caught by the Garibaldians, he was briefly taken prisoner.

On his return from exile, the Pope appointed him in 1850 as “secret cameraman” and director of the papal prisons. Xavier placed himself at the service of the Pope and actively contributed to the reorganisation and modernisation of the Papal States after the French troops had re-established public order in the city. However, he was convinced that the Pope should be able to defend himself without always being dependent on France.

Appointed Archbishop of Melitene on 22 June 1866, he attended the first Vatican Council. His cultural influence and his work in urban planning were important: he actively participated in the urban renewal of the Eternal City, he prevented the destruction of the Colosseum, restored the Castel Sant’Angelo, and organised the excavations that led to the discovery of the catacombs of St Callixtus and St Domitilla.

But it was above all his social work that was immense: he built schools, hospitals, and prisons that were more humane, supervised by religious from Belgium. His charity was proverbial and  he devoted himself tirelessly to the most destitute. He is buried not in Rixensart but in the Vatican in the famous Cemetery of the Teutons and the Flemings, located next to St. Peter’s Basilica. 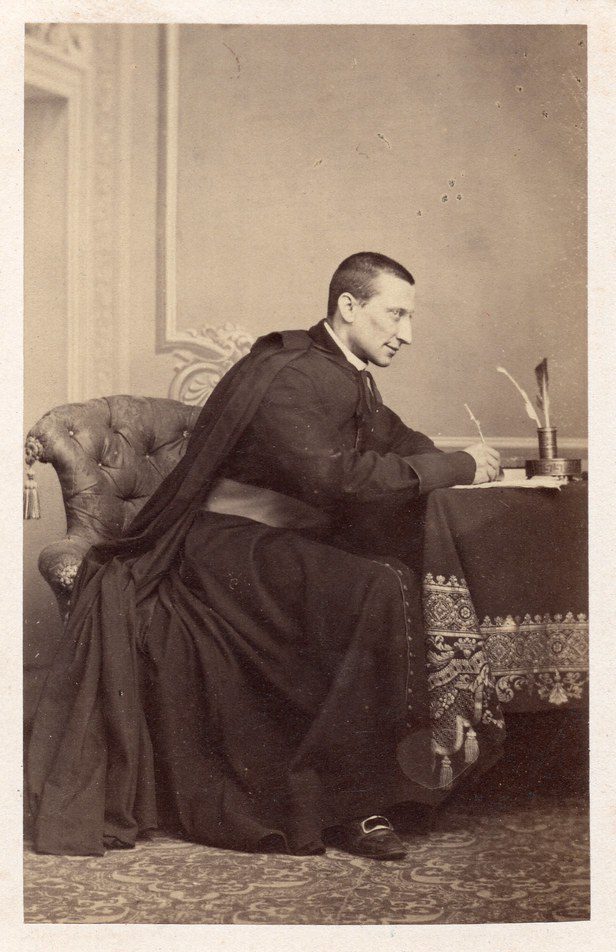 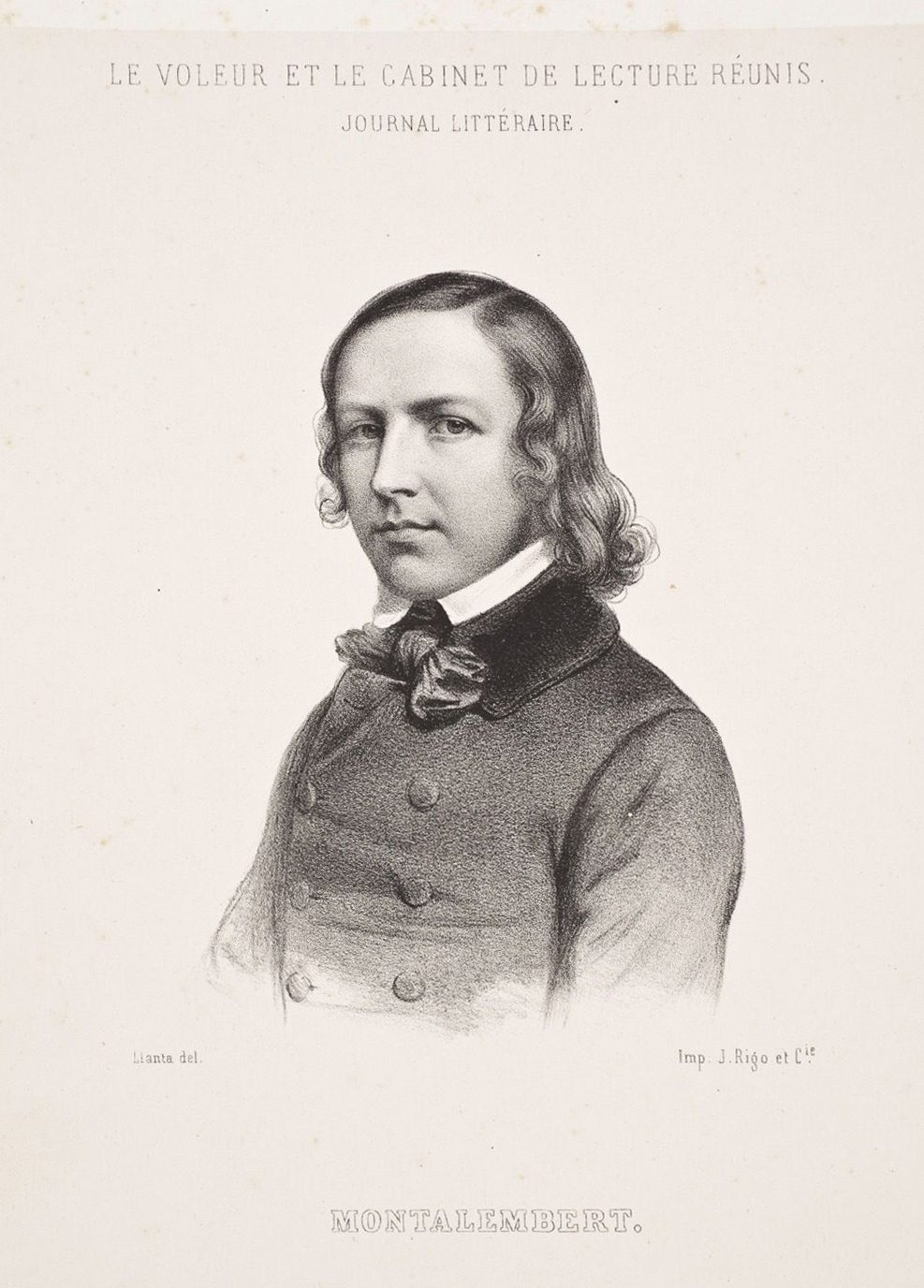 Anne de Merode, daughter of Felix and sister of Xavier, married Charles de Montalembert (°1810†1870) Peer of France in 1836. He was co-founder with Lamennais of the newspaper “L’Avenir”. He was the champion of liberal Catholicism and of all liberties. The doctrine of liberal Catholicism is condemned by the encyclical “Mirari Vos”. Charles accepted the verdict of Pope Gregory VII but continued to fight for freedom of education and freedom of the press. Author of numerous works, he was admitted to the French Academy in Chateaubriand’s seat.