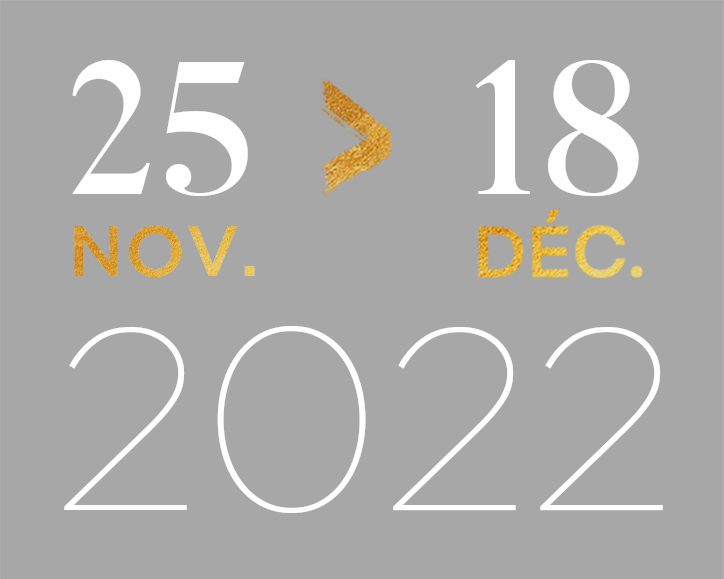 As Autumn 2022 turns to Winter and the Christmas holidays approach, the castle will be decked out in Advent finery to welcome the Christmas Market; an event that brings together skilled craftsmen and women who take pride in the workmanship of their products and visitors who are happy to soak up the festive atmosphere.

Under the shimmering light of candles, lanterns, torches and braziers, a wide range of skilled artisans and gourmet chefs ply their ancient trades, offering traditional products and original creations. Entertainment is provided as you stroll through the market, but should you need it, shelters and wood fires positioned around the courtyards provide warmth in the play of light and shadow of the illuminated walls.

A unique atmosphere for all ages!

The originality of this Christmas Market is a return to the roots of Christmas. Each week, in step with the rhythm of Advent, a special event is celebrated such as the feast of Saint Nicholas, the Swedish traditional Festival of Light and the Nativity, with the reception and distribution by scouts of the Flame of Peace lit in Bethlehem. Designed to interest and delight a wide audience, everyone from the youngest to the oldest will enjoy this unique atmosphere.

Where does what one feels in the evening at the foot of the Château de Rixensart come from? This strange feeling of being protected. Here where everything breathes calm, appeasement and serenity.

It is said that this place has always been inhabited by the spirits of the forest. Since the dawn of time, they watch over the hill of the castle where several sources are born. The ancients knew the spring hill and its magical virtues. Throughout the centuries, all those who have lived within these walls have found a haven of peace there. A place out of the world, almost out of time. And if this place still remembered the time when nothing existed here; nothing but a forest and a river…

The Castle of Rixensart

Situated halfway up a hillside and on the edge of marshy ponds, the story of Rixensart begins with a fortified keep, erected in the 12th century by the Lords of Limal, a chivalric family that owed allegiance to the Dukes of Brabant. The land subsequently became the property of several illustrious families. Around 1620, Jean Charles de Gavre, Count of Frésin, referred to Rixensart as “my hermitage” and often withdrew there to escape from the intrigues of the court. One of his granddaughters, Françoise-Conradine, brought the house as part of her dowry to her husband Philippe Spinola, Count of Bruay, son of the famous General Ambroise Spinola illustrated by Velázquez in his painting “the Surrender of Breda ».

The Spinolas were delighted to have a house and garden in Flanders within earshot of the sound of water. Year after year they transformed the Count of Frésin’s country hideaway into a majestic dwelling in brick and stone, with baroque portals and covered galleries; a grandiose but unostentatious castle with a fairly large surface area, albeit with small rooms, on the scale of a nobility eager for country pleasures. Unfortunately, the Frésin family line was extinguished. The widow of the last Spinola, née Salm, after inheriting the estate on the death of her son, bequeathed it to a niece, Merode, who inherited it in 1715. Today it is the Merode-Rixensart Foundation that presides over the destiny of this architectural jewel. Convinced that this cultural and historical heritage is a gift to the future from the past, they are confident that its future can be ensured by preserving the rich tapestry of its history and its environment.